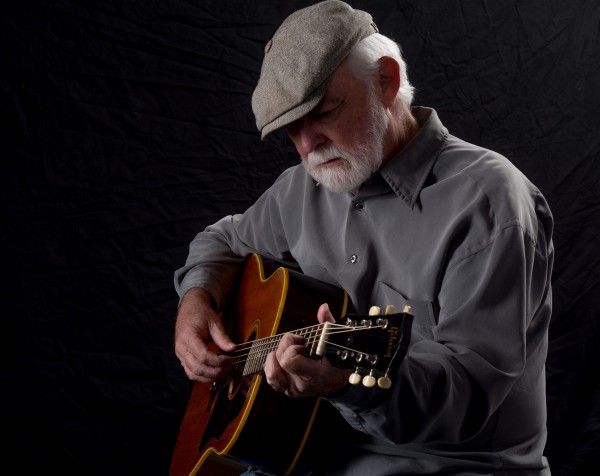 I was born in Springfield MO. in 1947. Music was more than a career choice; it was a matter of bloodline. I'm the only son of a noted big band singer from the 40's era and at the age of twelve I followed in his footsteps by forming my first band.

Playing drums in rock’n’roll bands all the way through junior high and high school led me to college, where music remained much more important to me than studying and grades. It was during the years of the “draft” and once I dropped out of college I received a less than friendly invitation from my local Selective Service office. Only months before I received my notice of induction, my band had been chosen by the State Department to become a USO touring act. And where did they send us? Vietnam.

After that experience it was very easy for me to just go ahead and join the Navy for four years as opposed to letting the Army get their hands on me for two. I liked the odds of survival better.

It was during my last two years of duty while stationed in Puerto Rico that I began writing songs. There was a small chapel on base and it was there, when no one else was around, that I taught myself how to play piano and by the time I was discharged I had written over thirty songs.

Following the end of my military service in the summer of 1970, I went back home to Missouri and continued with my songwriting and playing drums with Granny's Bathwater. It was in 1972 that my tenure with the Ozark Mountain Daredevils began and lasted for about ten years, capped-off by the success of radio staple Jackie Blue for which I became a BMI Million-Performance recipient. 1982 brought the release of my solo album, “Marooned” and then my subsequent move to Nashville where I worked as a staff songwriter for a publishing company and did a bit of session work as a background vocalist.

Having sung background vocals on several Jimmy Buffett records, in 1986 Jimmy enlisted me to tour with his Coral Reefer Band. I later established a production partnership with Buffett tour mate Josh Leo, leading to a new career as a record producer for artists such as Alabama, Restless Heart, Juice Newton and many others. Along the way, Josh and I racked-up numerous multi-platinum albums and thirteen number one singles.

Our lifelong affinity for British pop brought about the formation of The Del Beatles in 1989, which included several of our closest friends and fellow session players with whom we as a group became a Nashville club sensation from the late 80's thru the 90’s. In 2000 we change our name to the Vinyl Kings (so we wouldn't get sued by the Fab Four) and recorded our first CD, “A Little Trip” and in 2005 we followed that up with “Time Machine”.

Also in 2005 came the release of Beyond Reach, a collaboration with old OMD band mate Randle Chowning. In 2006 I decided "enough was enough" as the music business I'd known all these years seemed to be sliding off a precipice. I figured it was time to make my getaway and moved back to Missouri after spending 23 years in the Nashville music scene.

In 2015 I received the Quill Award upon induction into the Writers Hall of Fame.

I now spend most of my time outside when the weather is nice doing landscaping and gardening around my house.  I’m also still writing and doing a few concerts a year with The HigLeeWils.

Some Things Old Are New

I'm posting a collection of old songs that have been lying around gathering dust.  Most of them are demos made years ago,  By going HERE you'll be able to listen to them while also viewing stories / lyrics and credits.