There was a time in the mid-seventies when Janet and I were living in an old secluded farmhouse off a dirt road outside of Clever, MO.  The OMD’s were starting to tour all over the place and it was getting to where I was traveling about as much as I was home.  Looking back now, that little farmhouse was probably one of my very favorite places to have lived. It was my first experience living outside of a city.  There were new smells in the air, new sounds to be heard and cool clear water from a springhouse.  All in all, that time period changed me forever in the way I viewed the world and how I wanted to live in it. 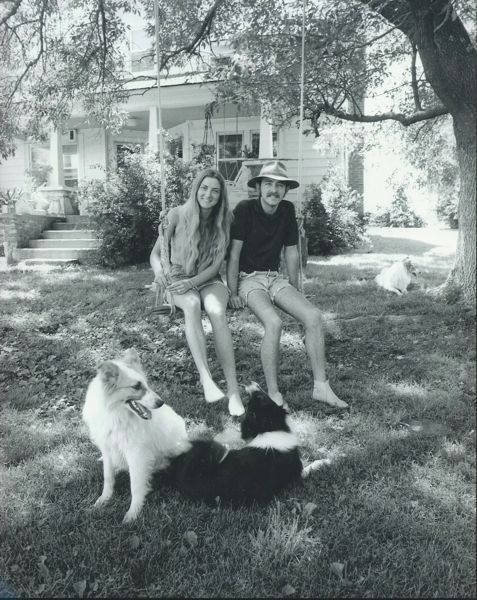 So it got to where I never wanted to leave the place, but there were a few places and people who could draw me out.  One of those places was a small club out on the east side of Springfield MO called Sweetwater, with the best band ever to listen to, Granny’s Bathwater.

It was also right around this time I discover that one good thing about touring so much was that all of us could start to acquire “things”.  For me it was a car I’d been craving since my late teens. I found a nice little used Austin Healey 3000 for pretty cheap and gave it a new home at our little country hideaway.  It was so much fun to cruise around on the rural county back roads with the top down on summer evenings.  And so it was that on certain evenings those back roads led us to Sweetwater and Granny’s. 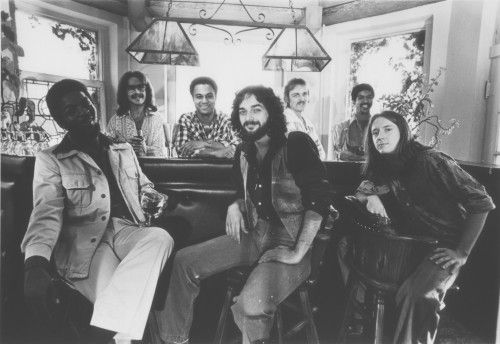 Granny’s Bathwater went though many musical incarnations over the years they were together. They went from being the four piece blues band I first saw in 1970, to the eight member horn band I joined prior to my OMD days.  They were all very good friends of ours and we really loved going to see and hear them play, even if it meant leaving our little farm house, and the dogs, and the cats and the peace and quite.

Best I can remember, it would have been towards the latter part of the 1970’s that a little piece of music came into my head that became Free Blind Mice.  I’d come upon this chord progression with a melody that sounded like a horn line.  I called up the current guys who were playing in Granny’s and ask if they’d be willing to go into the studio with me and give my song idea a go.

The title came about because:

1) I wasn’t going to pay any one of these guys, it was just to have a bit of fun in the studio, and so in essence they’d be playing for “free”.

2) None of them had ever heard this piece of music before entering the studio, so they went into it “blind”.

3) The outro of the song slides into 5/4 time with the horns repeating a melody resembling the children’s song “Three Blind Mice “.

Therefore to me, the title made perfect sense.

Recorded at the Dungeon Recording Studio in downtown Springfield with Carmine Delligatti on drums, Don Shipps on bass, Jason LeMasters on electric guitar, Frank Westbrook on Mini Moog, and me on piano, with Bill Jones on tenor sax, Rick Weaver on trombone, Larry Getz on trumpet.  Soloists are Jason, Bill and Frank.